From studying culture to coaching leaders

How did I get from studying cultures to coaching leaders? I have always been interested and fascinated by Japan and China so it was a natural progression after finishing high school to pick Japanese and Chinese Studies as subjects in university. Linguistics, Philosophy and Culture were also topics that interested me so I decided to learn more about that, too:

The Chinese language isn’t something you can learn effectively without actually being on site so I moved to Taiwan twice to improve my language skills and also get some experience in working in a Chinese culture environment.

I financed my travels and stays abroad mainly through teaching German, Chinese and English – and since as early as 2006 online tutoring was already an option I took a course in Online Language Tutoring, learning how to employ various tools and devices (Webex, Lync, Skype etc.)

During my time in Asia I realized that cultural barriers posed quite a problem in the business context. I wanted to understand more about that and additionally learn how to coach and support leaders. After my return to Germany I enrolled in an intense training program:

After successfully graduating from that program my appetite for further improving my coaching skills just grew bigger and bigger. Consequently I took a variety of courses and trainings to widen my coaching and facilitation spectrum, for example:

In 2012 I founded my own coaching, training and consulting business and I have been working with clients from various industries and fields ever since! It is my mission to help others find ways to live, love and lead more successfully. 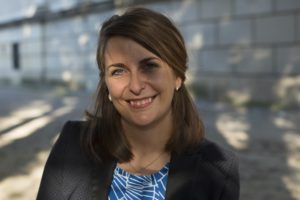 Hello, I'm Rike, uncertainty expert, future thinker and blue water sailoress. I work with leaders who want to know how they not only live with uncertainty but thrive from it. I coach, speak and facilitate. Get in touch!

This website uses cookies to improve your experience. We'll assume you're ok with this, but you can opt-out if you wish.Accept Read More
More...
Necessary Always Enabled
Non-necessary